Returning high-barrier film back into the circular economy has been considered almost impossible. Together with partners, however, W&H has developed a film concept that allows the multilayer barrier film made from different types of plastic to be dissolved. The separation of the polymer layers is made possible by water-soluble layers within the structure. The result is pure plastics that can be regranulated and recycled individually as a product. The VAREX II blown film line provides the optimum melt distribution necessary for the production of the recycled film.

Multilayer barrier films are mainly used for packaging food because they perform special functions, such as impermeability to oxygen and water vapor. These so-called barrier functions can usually only be guaranteed by using a combination of different plastics. Therefore barrier films can consist of up to 13 different very thin layers. During the use of a package, these layers must not become detached from each other, otherwise the barrier properties are lost.

A commercially available high barrier film contains plastic layers of PA, EVOH, adhesion promoter and polyethylene. However, the use of different plastic materials makes recycling of the multilayer film composites almost impossible. During mechanical recycling, a film is first shredded into flakes. The regrind is then melted into a mass before it can be regranulated. However, since the various plastics are not compatible, the heterogeneous mix of plastics from the barrier film leads to flaws (impurities, gels, stippling, etc.) in the subsequent product. Up to now, this has prevented the recyclability of barrier films.

Together with NIPPON GOSHEI Europe, W&H has developed a concept that also makes a high-barrier film suitable for recycling. Recyclability is achieved by means of thin layers of a water-soluble barrier polymer. The use of Nichigo G polymer, a BVOH, instead of EVOH, and the embedding of the PA layers results in the following recyclable film structure: PE-AP-GP-PA-GP-PA-GP-AP-PE. With the help of water it is possible to separate the polyethylene-based material (tie and PE) from the polyamide. During the cleaning and washing process, the BVOH layers are released from the overall composite. The result is pure PE and PA flakes and a BVOH water solution. Due to the difference in density, the PA in the BVOH water solution sinks to the bottom. The PE, which has a lower density, collects on the water surface. This physical separation of the PE and PA layers finally enables the recovery of pure materials and the reuse of the recycled polymers for film production.

The VAREX II blown film line provides the excellent melt distribution required for this packaging solution, in which the conventional EVOH for the oxygen barrier is replaced by water-soluble BVOH from Nichigo G polymer. With the 9- and 11-layer technology of the VAREX II, the different requirements of the individual raw material classes can be optimally met. 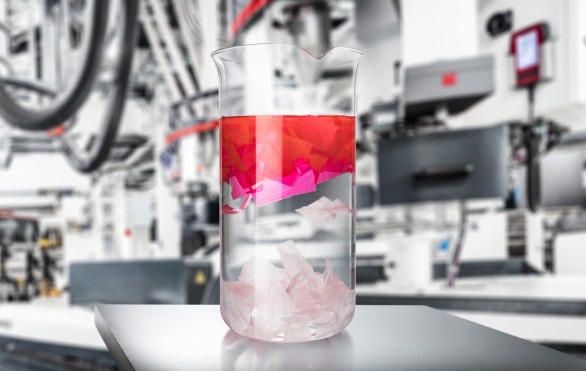 High barrier properties and recyclability by EVOH replacement with G-Polymer 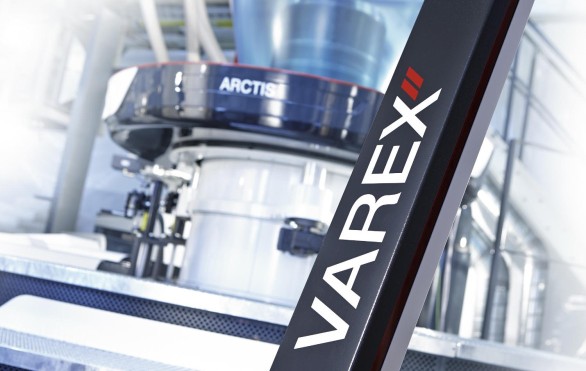 VAREX stands for VAriable EXtrusion. This up to 11-layer blown film line is individually designed for your challenging products.

Thank you for meeting us at virtual.drupa 2021