Extrusion technology is in a constant state of development, and innovation cycles are becoming shorter as the amount of digitalization increases. The market pressure is increasing at the same time: Material costs and scrap rates must be reduced and quality must be increased in order to remain competitive. Increasing shortage of skilled personnel and rising energy costs are other market drivers which are becoming increasingly significant.

However, it is not always worth purchasing a new line for the next innovation boost. Retrofit solutions are a valid option which combines continuous development and cost-effectiveness. Therefore, Windmöller & Hölscher provides modular retrofit solutions for blown film extrusion lines and cast film extrusion lines manufactured in-house, also for machines made by other manufacturers. The result: With blown film extrusion lines, for example, up to 60 % more output can be achieved with the same or better quality - and with less energy input. Whether you want to increase your range of products, follow market trends, make your production more sustainable or increase productivity – there are many reasons for retrofitting an existing extrusion line. As well as the multitude of options, there are many advantages which speak in favor of modernizing existing systems.

The advantages of retrofitting

During the recent energy crisis, one particular objective comes to the fore: maximizing energy efficiency in order to secure the future of the company's own production.

And although film extrusion is a very energy-intensive process, various good approaches and retrofit solutions are available in the hardware and software area in order to significantly reduce the use of energy and raw materials. The energy savings and the reduction in the consumption of raw materials are mutually beneficial and lead to more sustainable production overall.

Two essential steps can be distinguished during the extrusion process: The start-up process and the production process. These two processes both offer different potentials for achieving a more efficient production. Some of the potential approaches are briefly described in the following.

Optimization during the start-up process

Achieving the status of good-quality production more quickly during the start-up process also means that the amount of energy that is used is reduced. The retrofitting of appropriate automation modules which significantly reduce the change-over times is possible here. For example, the module PROFILE BOOSTER reduces change-over times by up to 60 %. The start-up assistant TURBOSTART which was presented by W&H at the K tradeshow in 2019 takes the strain off the machine operator and reduces the amount of time taken by up to 50 % while simultaneously improving operator safety. EASY Change and TURBOCLEAN are additional retrofit modules which speed up the start-up and change-over process and therefore reduce energy costs. All modules mentioned also simplify the operability of the system. This is another important aspect, especially in the context of a prevailing global shortage of skilled personnel.

Optimizations during the production process

There are various approaches and solutions during the production process to make production more energy efficient. For example, older drive technologies should be replaced with state-of-the-art systems. As a replacement for older extruders on existing mono-systems, for example, our stand alone extruder provides better melt homogenization with simultaneously reduced power consumption. Furthermore, converting old DC drives to the latest three-phase AC technology can help save energy. Replacing a die head can lead to better film quality with shorter start-up and change-over times. On top of this, there is greater flexibility with regard to reduced layer thickness, which is another important aspect of efficient, raw material-saving production. It also makes sense to examine the installed air ring technology. On the one hand, an optimized air supply in the air ring housing can generate an corresponding increase in performance. At the same time, however, the performance of the chiller can also be reduced, since the clever and optimized air distribution in the W&H ARCTIS air ring allows for the cooling capacity of the chiller to be adjusted accordingly. There is also a particular demand for the digitalization of machines and processes and, consequently, for retrofitting them with the new W&H IoT system RUBY, which links digital data with process knowledge to optimize the production process and thus produce more sustainably and efficiently.

Along with reducing energy and optimizing production, the processing of recycled plastic materials plays a major role in the retrofitting of existing lines as part of the circular economy. Newer technologies make it easier and more productive to process recycled - this is also an area where retrofitting can make a significant contribution and make existing systems fit for the future. Due to the continuously changing requirements for flexible packaging, it is necessary for manufacturers to adapt their product portfolio. Ensuring that older machines can also contribute to future value creation. Retrofitted machines are therefore not only updated to the latest technical level, but are adapted to the customer-specific market requirements. In principle, it can be stated that every retrofit extends the life cycle of a machine. Every retrofit project therefore makes an active contribution to greater sustainability!

The benefits of retrofitting

Retrofitting allows companies to react flexibly and above all quickly to market trends. Besides portfolio expansion, the main reasons why retrofits are so interesting are increases in productivity and efficiency.

One of their main advantages is their extremely short payback times and very short downtimes for the duration of the installation and commissioning at site. Modern retrofits also often increase the safety and quality of productive operation. The classic retrofit solutions in the extrusion sector include:

In spite of the current global supply and procurement crisis, many of our customers are reporting capacity bottlenecks. These can be eliminated in the short term by retrofitting an air ring.

Examples from the field

There are many examples which show how successful retrofits can be in reality. For example, we replace old film winders with new winders, which increases both the film quality and the operating safety.

At our Spanish customer Gaviplas we carried out a MULTICOOL air ring conversion on an existing machine, which increased the performance of the line by up to 20 %.

With sustainable production in mind, Spanish company Plastigaur has decided to retrofit an existing 5-layer VAREX II with an MDO. The customer's goal with this retrofit was to replace PET with stretched PE to produce a recyclable laminate.

Our customer Mondi in the USA gave its existing VAREX a comprehensive retrofit after 23 years. These are just a few examples from the successful 3,500 retrofits which we have carried out over the last 15 years.

Our customers usually approach us with a specific inquiry or ask us for our assessment of how production performance could be improved with retrofits, for example. A simple production report for the main products is usually sufficient. On this basis, our W&H retrofit experts identify appropriate proposals, including the associated potentials, which are then evaluated together with the customer and implemented accordingly. This process is simple, and has proven itself over the past 15 years. Our customers appreciate the clear predictions, which we often exceed. This is because we specialize in retrofitting at W&H Services. Thanks to our in-depth practical knowledge and process know-how, we can provide our customers with individual advice and accompany them through to successful implementation. Individual machine components or the entire machine fleet can be retrofitted. In many cases, the initial retrofit is immediately followed by a follow-up order.

Our own sales and service network carries out the installation and maintenance of the modernizations and retrofits. More than 400 experienced employees in 12 W&H service centers operate worldwide. Our colleagues ensure that procedures run smoothly, downtimes are short and recommissioning takes place promptly. All in accordance with our W&H services guideline “Because we care – about better performance”.

The advantages of modernizing existing machines with hardware and software are obvious: Easy initiation and exact prediction of the desired objective make planning easy. The short downtimes during the work and cheaper initial costs in comparison to buying a new machine speak for themselves. The result is an optimization in the required areas which significantly extends the service life of a system. Please contact us and we would be pleased to assist you!

Get in touch for your personal Retrofit Audit 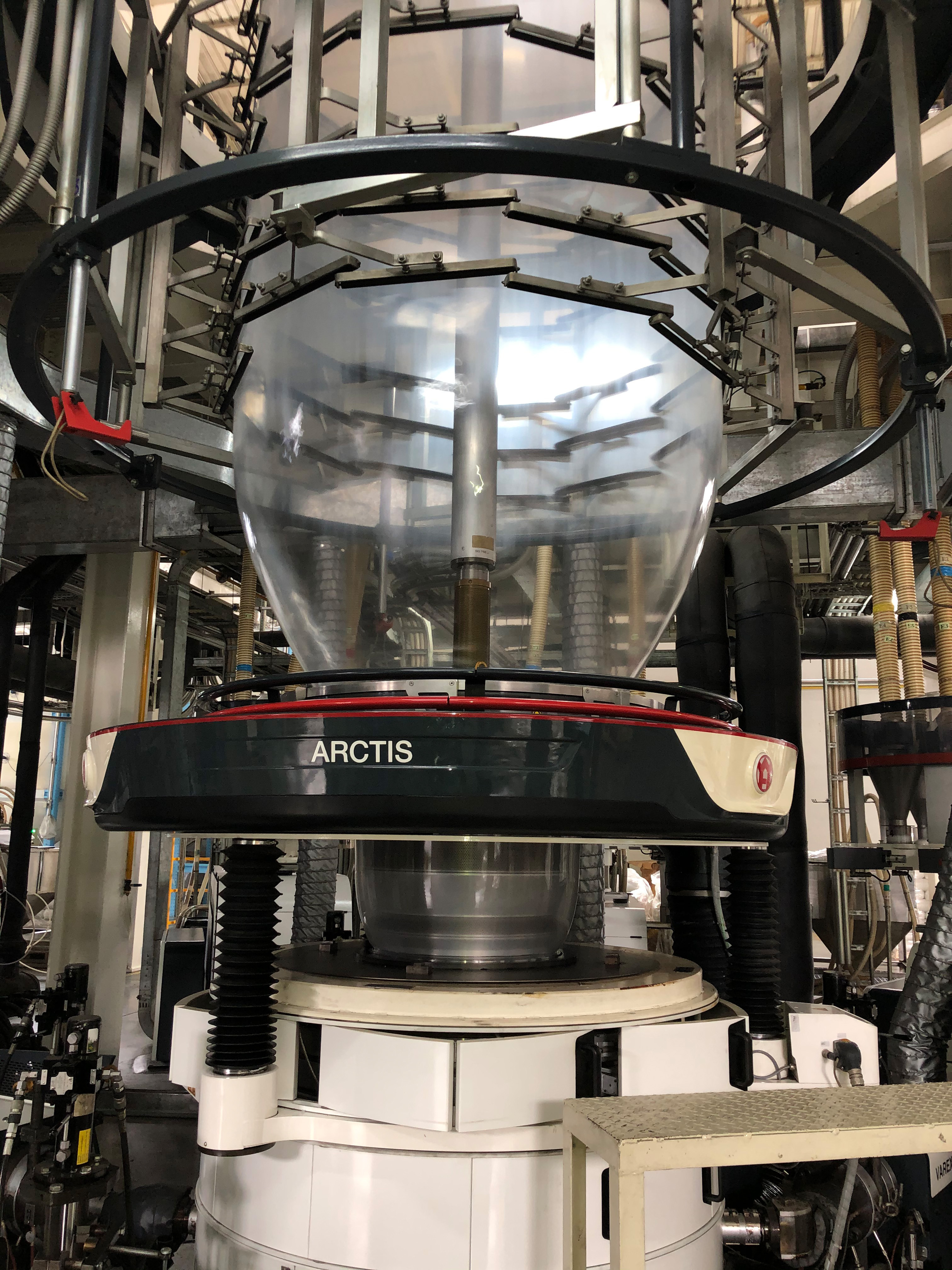